From Agileana wiki
Jump to navigation Jump to search 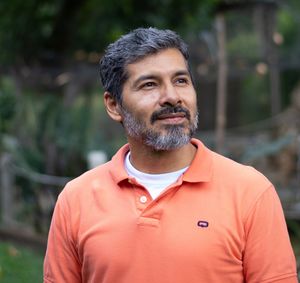 Bio: Felipe is a back end developer at Agileana, working on the C.I.E.D. team. People (or at least one person) call him "the wise man." He got his start in programming back in 2003, at a development company in Colombia where he would build custom CMSs for clients in PHP, Javascript and XHTML. He’s unofficially known as employee number 2 and came to work for Agileana shortly after the company was founded in 2008. He’s known here as a problem solver who looks at obstacles from many different angles to find the best solution. Felipe has been called wise and resourceful by his friends and colleagues.

Outside of Work: Felipe can be found biking at least once a week and playing soccer--or looking for someone to play soccer with.